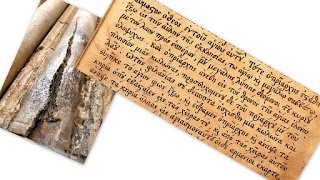 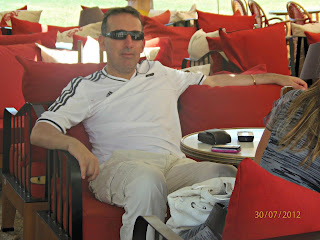 he soul has its senses and, consequently, it feels
The last decision is not an act of overthrow, the decision of the soul at the moment of its separation from the body, but rather to make a union with the transformed, resurrected body with which the soul will continue to live forever. After separation, the soul has its senses and, as a result, feels, perceives, and generally exercises all the energies of the soul (Revelation 6: 9-10, 7:15? 1 Peter 3:19; Hebrews 12:23; Luke 16: 27-28). The word "sleep", which characterizes death, does not refer to the soul, but to the body. In Matthew 27:52, we read that many saints who had fallen asleep were put to death. The final decision will be made on the second coming of Jesus Christ, a strong belief of the Church recorded in the Creed that "He (Jesus Christ) will come again with glory to judge the fast and the dead." The time of the Second Coming of Jesus Christ is not known and, according to Revelation, it cannot be conjectured by any means.
στις Μαΐου 04, 2020 Δεν υπάρχουν σχόλια:

Whoever trumpets his rebirth through Baptism, but still has the same way of life should listen to the word of God who says: “If anyone thinks himself to be something, when he is nothing, he deceives himself”and “As many as received him, to them he gave the right to become children of God”. If anyone asserts that he has received God, he must demonstrate it by his choice. “Manifest in yourself Him Who begot you”. And he asks very incisively: “Do you not know that a man becomes a son of God in no other way than by becoming holy?”. To become a child of God one must be holy.

St. Gregory reaches the point of making a bold statement, as he himself says. If in spite of Baptism the soul has not removed the stains – which means if our life after Baptism is the same as it was before – then the water of the sacrament is simply water, “because the grace of the Holy Spirit did not appear”. In other words, it is as if a man had not received the gift of the Holy Spirit.

Many recent studies of UFO by evangelical Protestants, collect all these items and reach the conclusion that the UFO phenomena is simply just demonic origin. * It is difficult to reach a different conclusion Orthodox Christian researcher. Some or many of the experiences might be the result of fraud or hallucinations; but it is simply impossible to dismiss one all the many thousands of UFO reports in this way. A large number of modern mediums and their spiritualistic phenomena are also deceptively; but mentioumistikos spiritualism, when is genuine, undoubtedly produces truly "paranormal" phenomena under the action of demons. The phenomena UFO, having the same source, is no less real.

May God preserve us from the Apostasy and from the coming of Antichrist, the preliminary signs of which are multiplying day by day. May I preserve us from the great affliction which even the elect would not be able to bear without the Grace of Him Who will cut short these days. And I wish to protect us by keeping us in the "little flock," the "remainder according to the election of grace" so that we like Abraham might rejoice at the Light of His Face, the embassy of the Virgin Mother of God and Ever-Virgin Mary , all the inhabitants of heaven cloud of witnesses, prophets, hierarchs, evangelists, and confessors who have been faithful unto death, who shed their blood for Christ, which we acquired with the gospel of Jesus Christ in the waters of Baptism. We are their sons - weak, sinful, and unworthy; but I will not stretch forth our hands toward a strange god! Amen.

Reads one to wonder about the latest acts and declarations of the ecumenical movement. In thinner level, Orthodox theologians representing the American Standing Conference of Orthodox Bishops and other official Orthodox Bodies perform "dialogues" with Roman Catholics and Protestants and issue "joint statements" with themes such as the Eucharist, spirituality, and the like - without even inform the heterodox that the Orthodox Church is the Church of Christ in which all are invited, that only its own Mysteries sponsors grace, that the Orthodox spirituality can be understood only by those who know empirically in the Orthodox Church, that all these "dialogues" is a conventional caricature of genuine Christian conversation - a conversation that aims to save souls. Indeed, many of the Orthodox participating in these "dialogues" know or suspect that there is no place for Orthodox witness, that the atmosphere itself of ecumenical "liberalism" cancels any truth can be said unto them: but silent, because the "spirit of the times" today is often louder than the voice of the Orthodox consciousness.
στις Μαΐου 03, 2020 Δεν υπάρχουν σχόλια:

MY POINT OF VIEW

The gradual removal of Orthodoxy purity has begun with the support of politicians, but also serving the university establishment that allows or promotes sophisticated solutions to overcome the strong doctrinal foundations of Orthodoxy for the sake of snobby people of pan-religion and Neotaxikon interests.

However, the Church founded by the Lord Jesus Christ, and received by the Apostles, and continues to be unadulterated to this day only in Orthodoxy, was not made by human effort like those of the West, and therefore we cannot add or subtract anything from it.

ALBERT PAIK "World War III must be provoked by the differences caused by the Illuminati's Agentur between Zionist politicians and the leaders of the Islamic world. The war must be waged in such a way that Islam (Islam) the Muslim Arab world) and political Zionism (the state of Israel) to be overthrown. ... "

People need to be submissive, and only to one person! The only thing they don't say is that the letters of his name, collected, must give 666 as a result !!!

The first step in killing a nation is to erase its memory. To destroy his books, his culture, his history. Then put someone to write new books, build a new education, invent a new story. It won't take long for this nation to start forgetting who it is and who it was. The rest of the world around him will forget it even faster. "
στις Μαΐου 03, 2020 Δεν υπάρχουν σχόλια: