ORTHODOXY is the only true religion!

ORTHODOXY=
All the other so-called "christian churches" changed very very many things in Christianity..
Catholicism changes and ajusts doga every day(a metaphore, but you got the idea).
Orthodoxy has remain pure and unchanged since the 7 ecumenical councils at the dawn of Christianity.
Catholics left us, and after them, the protestants split from them and driifted farther away from the true essence of Christianity, and then the anglicans, penticostals, baptists, etc, etc.... Now there are hundreads or even thousand of so-called "christian churches".Catholics are the origin of all the sects today.
It is a saying...
" There were three Great falls in history:
1)The fall of Satan 2)The fall of Adam 3)The fall of the first Pope in 1054! "
But the Truth is only one, and is found in the only Church founded by the 12 apostols. The Orthodox Church.
Orthodox =The Right Faith
Ortho = Right,Unchanged Dox = Dogma,Faith
All the thousands of so-called christian churches starting with Catholicism lost Apostolic descendence. They are anathematised, because they changed the Faith.
στις Απριλίου 27, 2018 Δεν υπάρχουν σχόλια:

Benny Hinn, Master Freemason Kenneth Copeland. A False teacher we've warned about for years for numerous false doctrines he's taught including salvation by works which makes him a non-Christian or a pretender Christian from the outset. He and fellow mason Oral Roberts (Richard Roberts, too? we're not sure) share their Masonic membership well together.

Rodney Howard Browne... The guy from South Africa who started the "Holy Laughter" movement which really caught attention at the "Toronto Blessing" phenomenon after it first began in the spring of 1989 in a small town in New York. He has enjoyed a close association with the likes of Benny Hinn, Oral and Richard Roberts, TBN's Paul and Jan Crouch, Marilyn Hickey, John Wimber and many others similarly involved in the Word of Faith movement. 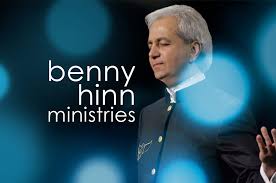 Secret Societies behind the so-called "New World Order" make many signs. They try to make "normal people" believe that there is no hope for them, that they will gain all power and it will be better to obey them. They work with fear, this is their only real weapon. But if you believe in God, stop staying in fear, because God has limited their range of action by prophecy. The NWO still believe like  in the ancient days that they will achieve the highest position. In their arogancy they are blind and they can not see the Truth.
στις Απριλίου 27, 2018 Δεν υπάρχουν σχόλια: